A green solutions for festivals, the GEM is a hybrid, fold-our, eye-catching tower that makes festivals more sustainable. The tower generates energy through solar panels and a wind turbine and the energy is stored in a battery.

TU Eindhoven, is proud to present the first prototype of GEM tower at the Dutch Design Week in Eindhoven. The tower was made by a European team of 10 companies. GEM tower is a 21 meters high hybrid, fold-out, eye-catching designed tower. Its aim is to produce affordable and reliable energy from renewable sources such as wind, daylight and solar energy.

Together with sustainability platform SummerLabb, team GEM tower will focus on in-depth information, intriguing facts of the GEM tower and on changes in the energy landscape and resourcefulness by cooperating.

In January 2019 a small scale model of GEM tower was presented at the ESNS/Noorderslag showcase festival in Groningen. This model can be seen during the Dutch Design Week exhibition TU/e drivers of Change, location Strijp T.

Prototype GEM tower 1.0 was first presented at the TU/e campus on August 5, 2019.
A few days later GEM tower went on tour and produced its first hybrid energy at festival Pukkelpop in Belgium from 15-18 August.
Now GEM tower 1.0 stands on location Markt in Eindhoven. 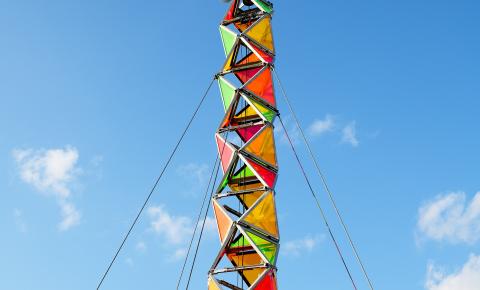 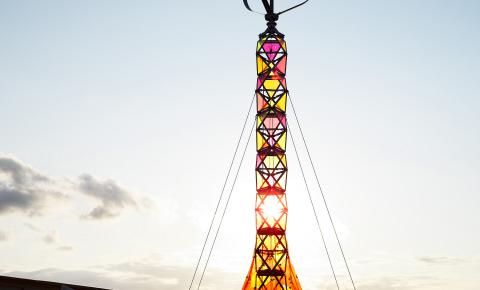 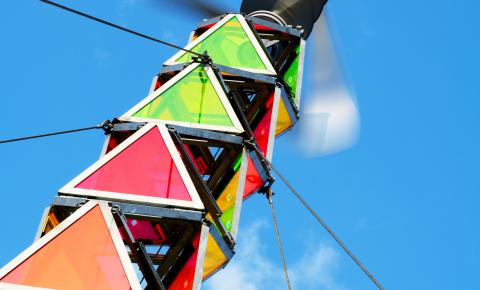 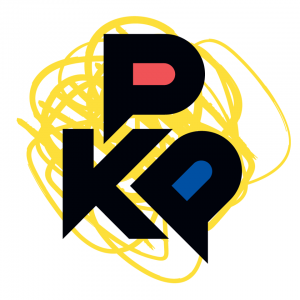 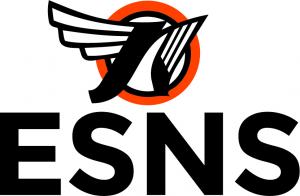 This event is open for the public.

Check out these related events: