Bank of Care is an alternative banking system that’s based on the unpaid care labour in the domestic sphere. It accumulates records of the ongoing, most basic human economy that maintains our wellbeing. And simultaneously finds ways to support its members, financially.

Bank of Care (BoC) works within the paradigm that the women-run non-market production in households is the basic human economy from which other economies derive. Despite being absolutely vital to the functioning of society, this economy is swept under the

Graduate of the Royal Academy of Art, The Hague (KABK).

Teresa is a prolific creative whose approach to design is inquisitive and free-flowing yet practical: her explorative mind often leads her to reimagine existing systems and processes. As an avid reader her work is informed by in-depth, cross-disciplinary research; as a passionate maker, she enjoys experimenting with materials and production techniques.
+3725230539 studio.tfeldmann@gmail.com https://graduation2020.kabk.nl/students/teresa-feldmann
Information 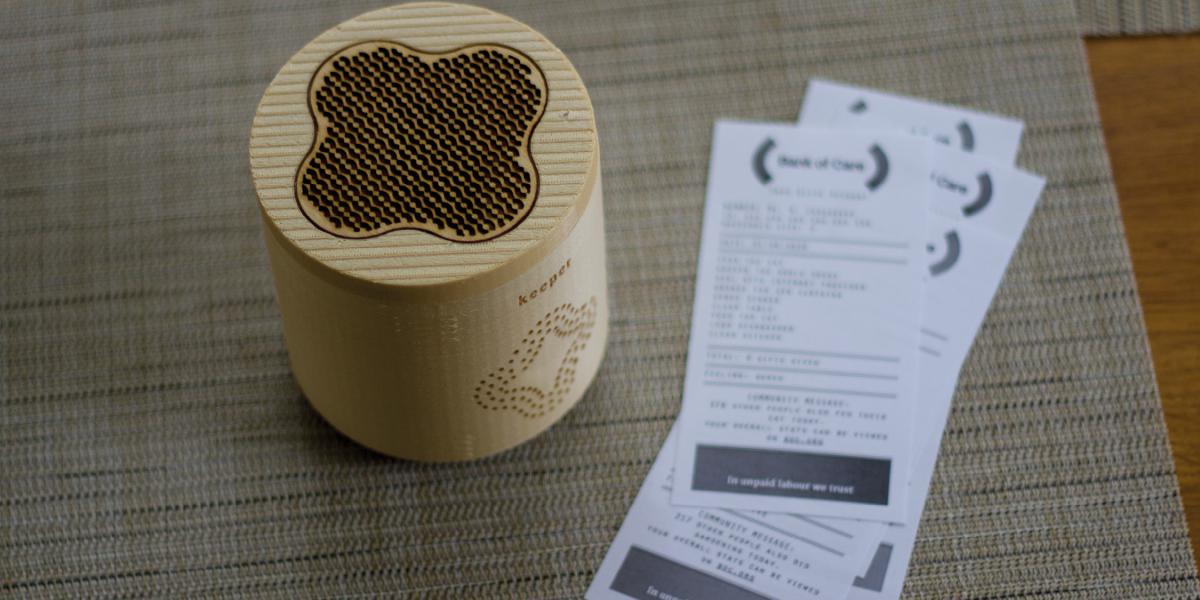 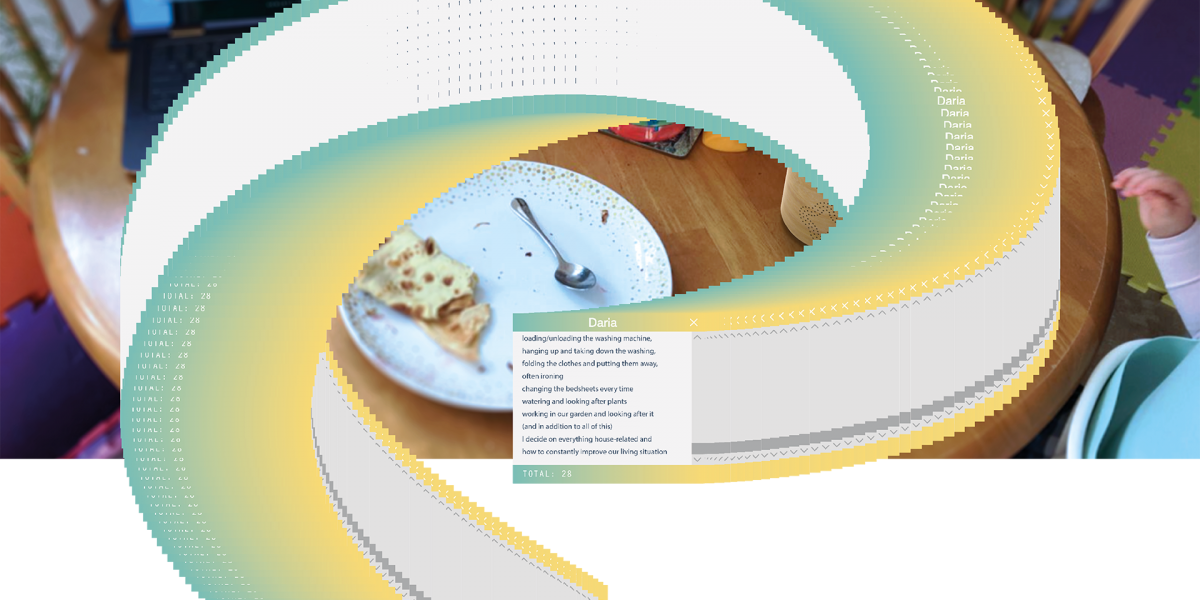 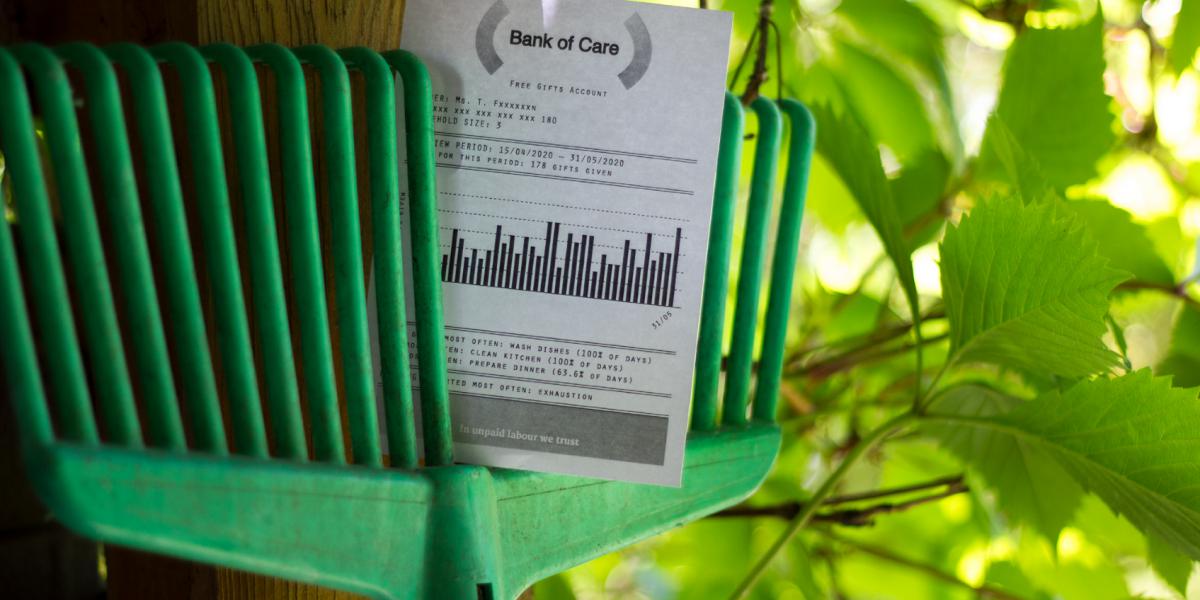 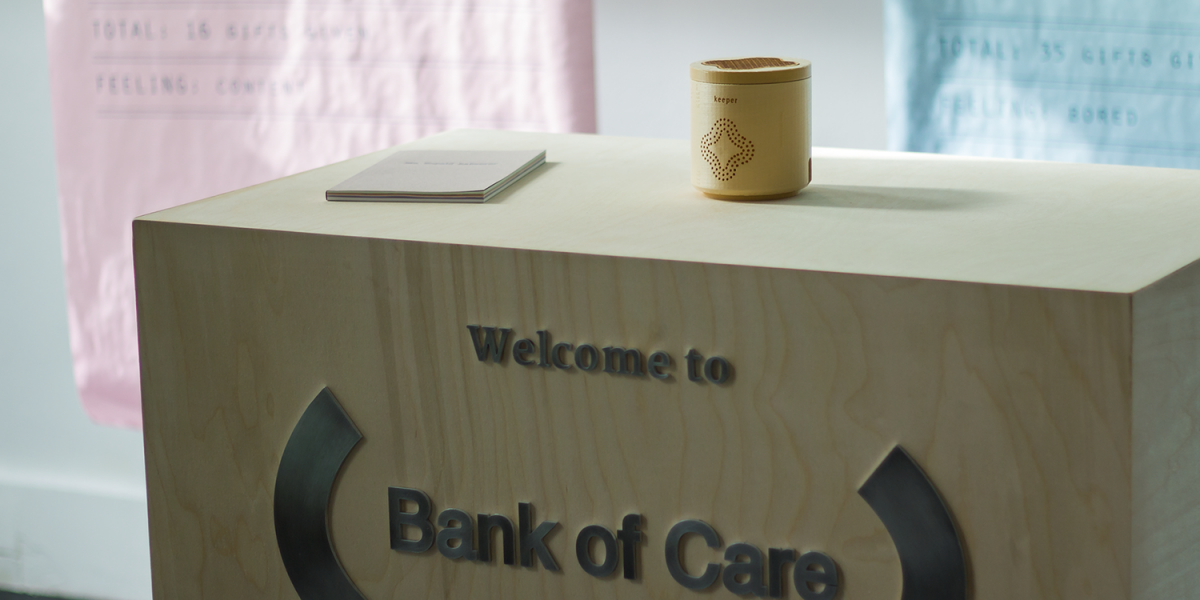 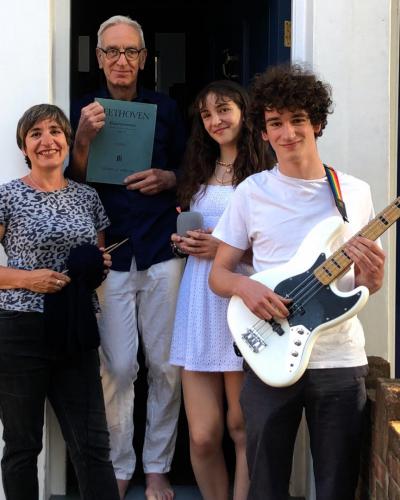 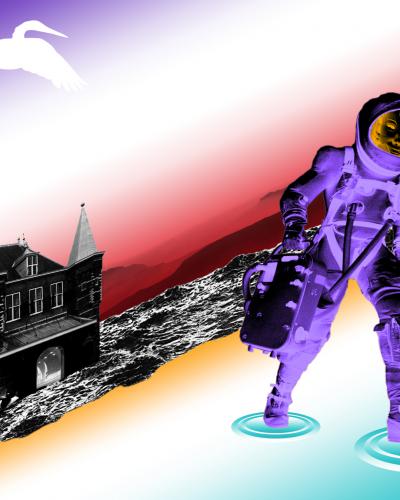 at Klokgebouw | Strijp-S by Waag 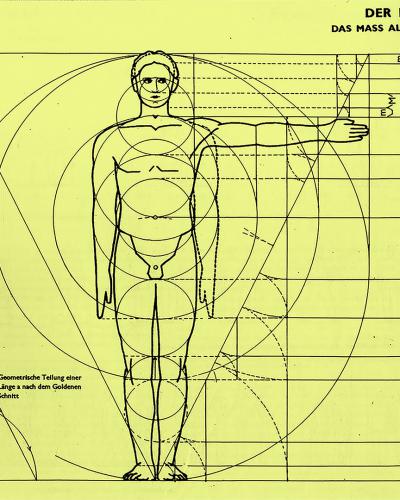 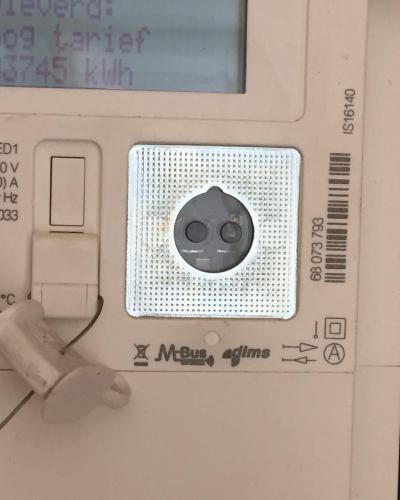 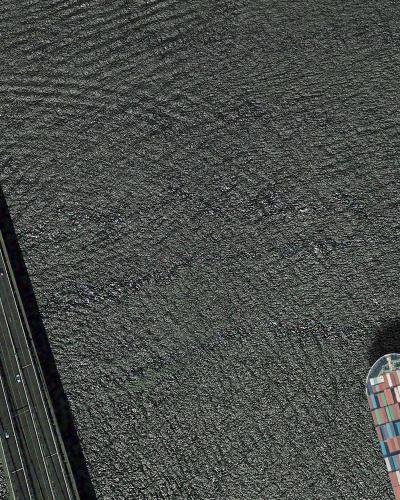