This project is part of: It's in our Nature

Maacq Oase is a circular solution to counter the effects of nitrogen deposition in nature. A special paste (extracted from water purification plants) is 3D-printed into objects that — once placed in nature — slowly dissolve and release calcium into the ground, reducing nitrogen acidification.

Circular bio-design as a solution for nitrogen deposition in nature

In Maacq Oase, Omlab and Fillip Studios work together on a circular solution to counteract the harmful effects of nitrogen deposition in nature. It all started when Omlab, a studio focusing on circular and bio-based design, developed an eco-friendly 3D-printable paste out of waste materials extracted from water purification plants — and a 3D printer to process it. Looking to investigate the possible applications of their technique, they connected with Fillip Studios. The design research of Fillip Studios led to a concept which addresses the major social issue of nitrogen deposition. Out of the calcium-rich paste from Omlab, they created designs for printable objects to be placed in nitrogen-acidified environments. Due to natural erosion by wind and rain, the objects dissolve over a long period of time and slowly release calcium into the ground, therewith reducing acidity. Various seeds are added as well to simultaneously increase biodiversity. In addition to its nature-reviving qualities, Maacq Oase tells passers-by a story about the influence of humans on nature.

Fillip Studio’s objects visually emphasize the multiple layers of the project. Layers with different colors and organic shapes are reminiscent of natural soil erosion, while geometric shapes remind us of human influence on nature — a positive influence, in this case. Apart from their appearance, the object’s layers are also functional: each layer contains different types of seeds that are spread across the environment over a long period of time. Eventually, the Maacq Oase objects dissolve completely in nature.

How does Maacq Oase help nature?

Usually, different substances in the ground are naturally kept in balance by all kinds of processes. An excess of nitrogen (caused by human activities like livestock farming and transport emissions) disturbs that balance: the soil becomes acidified and contains too little calcium. This has many negative effects on biodiversity (certain plants thriving while others disappear) and animal wellbeing (thinner egg shells due to a calcium shortage). With Maacq Oase, Omlab and Fillip Studios want to ensure that a residual flow from humans (waste water) is used for a sustainable purpose: offering nature a chance to recover from nitrogen acidification. 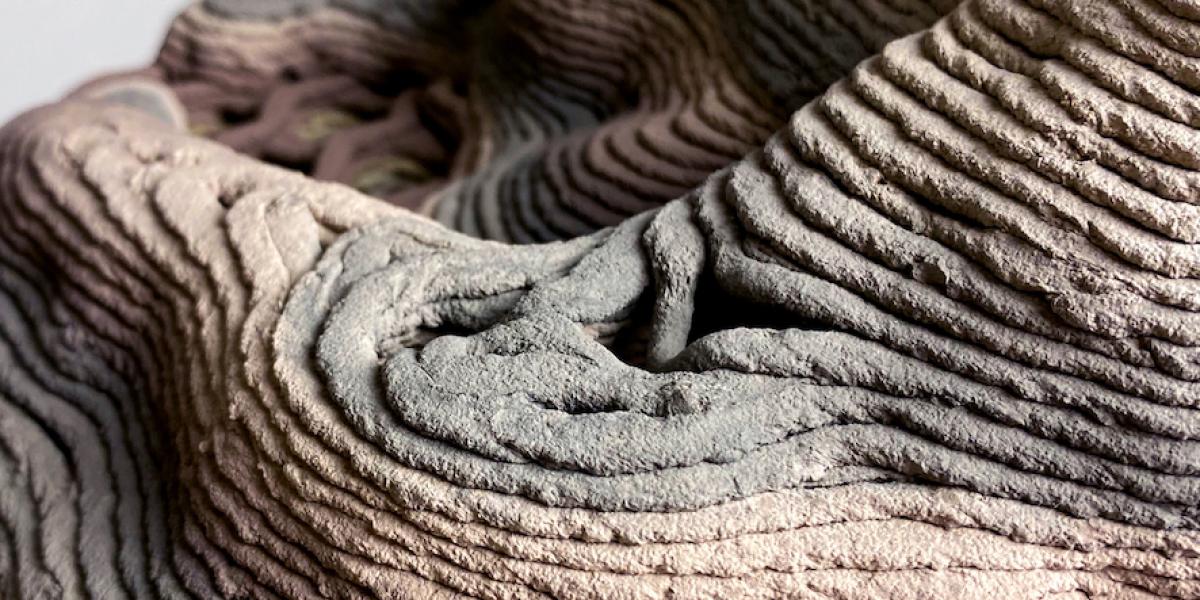 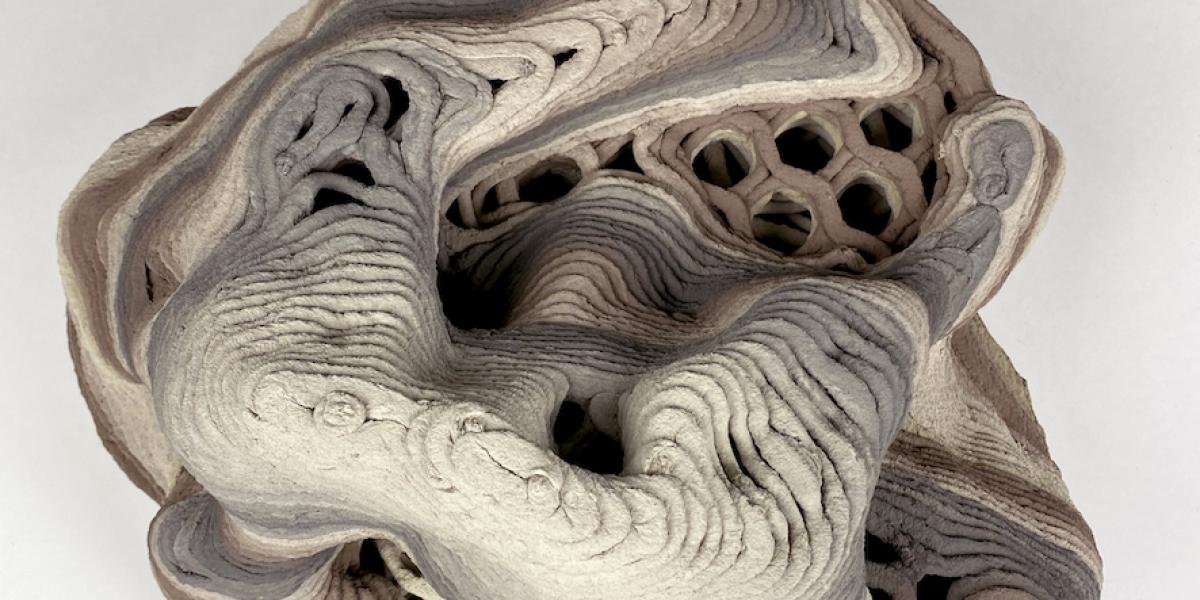 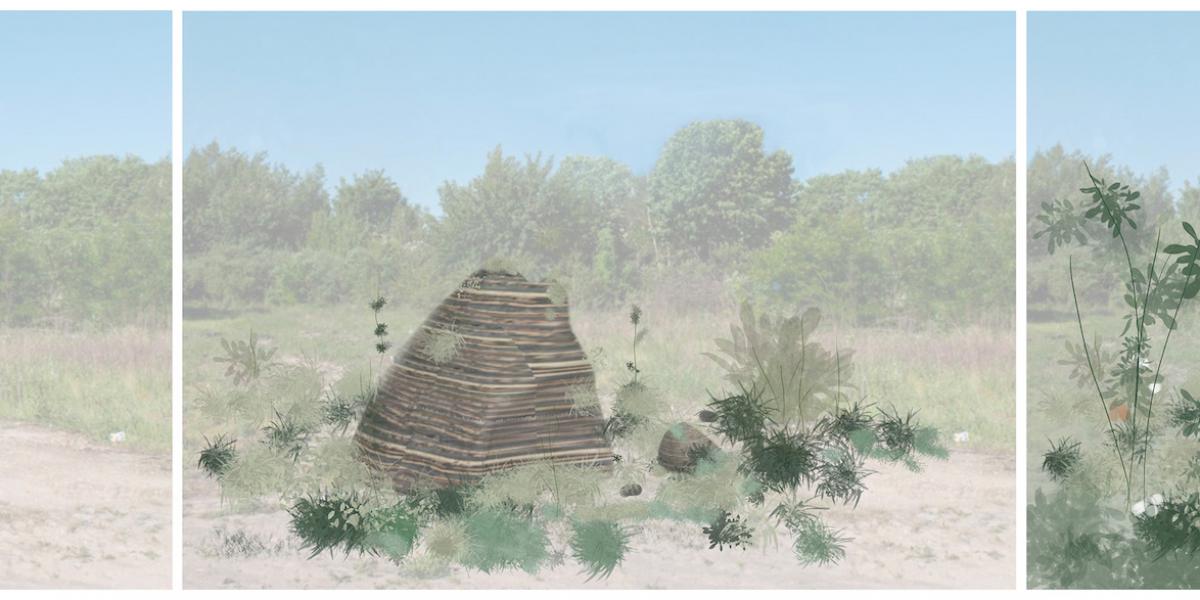 It's in our Nature

It's in our Nature