Program Pictogram is creating through mistakes. By discovering a “glitch” from neural network algorithmic, Yawen creatively exploits to generate unanticipated forms and patterns.

Program Pictogram is inspired by a kind of Chinese porcelain with cracks on the surface called "Geyao", this crack pattern was originally caused by an accident that the temperature suddenly changed during the kilning process which caused the glaze to crack, but the craftsmen found this pattern very special, so they tried to copy this "Accident", made a lot of such porcelain, which became very popular eventually. It can be seen that accidents or mistakes are sometimes an innovation. Based on this logic, Yawen tries to find out the points where accidents may occur in the process of AI-generated paintings.

Disco Diffusion is an AI painting program. The main generation step is that the user enters a text description. The program will learn and understand this sentence based on the existing database, and finally generate a picture. Yawen found that due to the algorithm and learning mechanism of the program, when inputting a language other than English, especially the hieroglyph (the meaning is directly replaced with the shape of the word, the shape and the meaning are directly related and have nothing to do with the pronunciation), such as Chinese, the program will recognize part of the text content, while retaining the glyph part, and the glyph part is more like ancient Chinese characters (a kind of oracle bone script). Yawen tried to replicate this production process (entering Chinese characters), generating a lot of pictures. In order to make the result more usable during this process, she added more control, she used the Chinese character "竹bamboo" as the description to generate an ancient Chinese Shanshui painting with green and black color scheme.

Then Yawen combined the unexpected elements with the digital fashion design, extracted the glyph elements from the pictures, recombined them, and generated a new fashion with a Chinese style. Let the original accident, glitch part become an innovative clothing pattern. Let the AI-generated pattern could define their own forms.

Throughout the process, Yawen collaborated with the algorithm, and documented the whole process so it could be served as a clear guide to make further translations.

Yawen Cong is a Chinese designer based on industrial design, digital art design and contextual design. Be interested in metaverse and all the things related to it, such as NFT, Digital Identity, AI program, Machine glitch etc., Yawen wants to show the possibility through her work that designers even all people could use these new tec to create a new digital civilizations.
+31 626249859/+86 18622459281 congyawenkristine@163.com 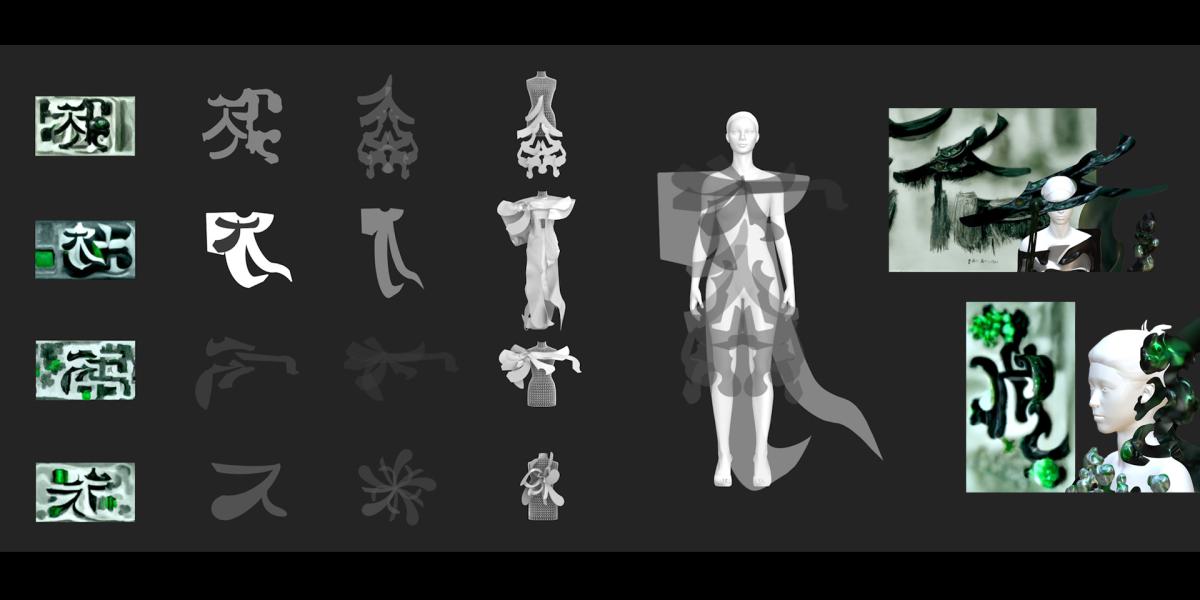 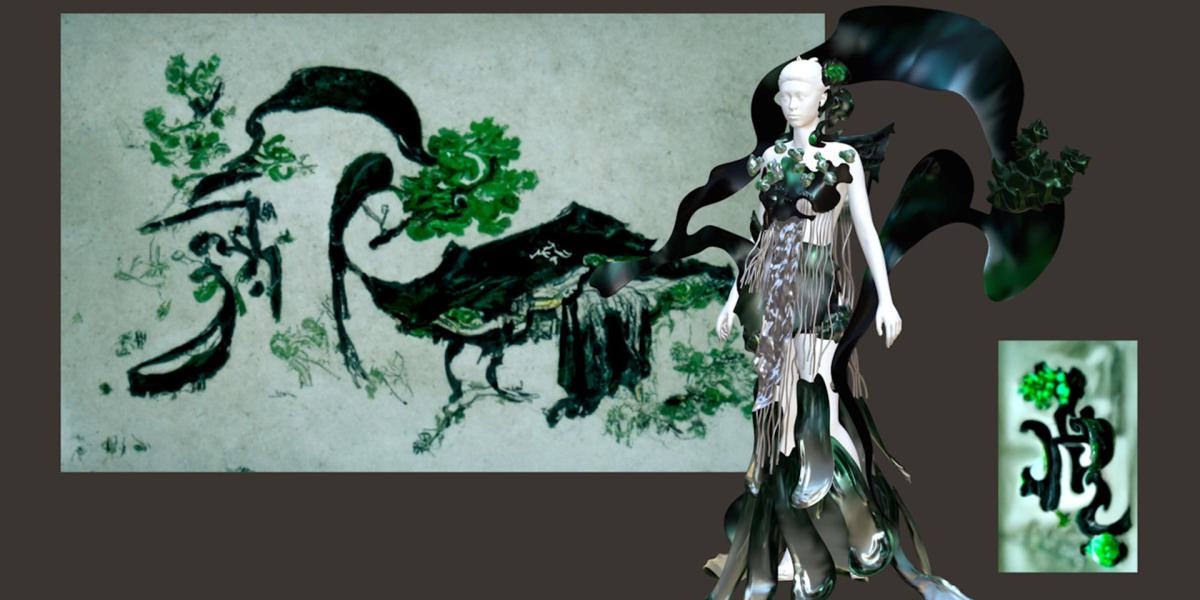 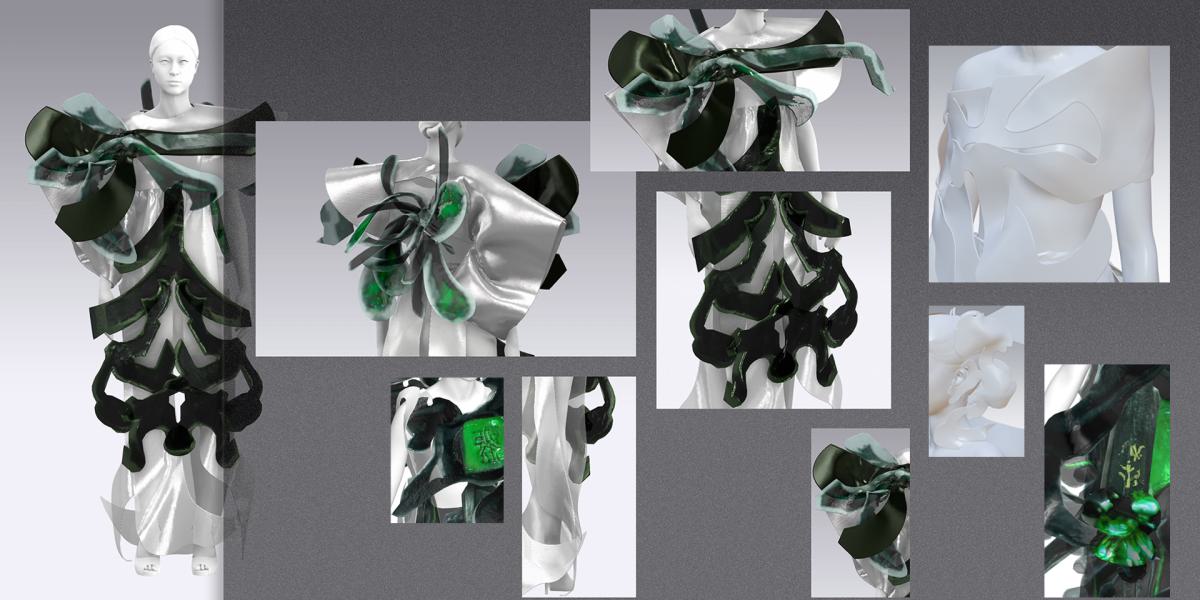 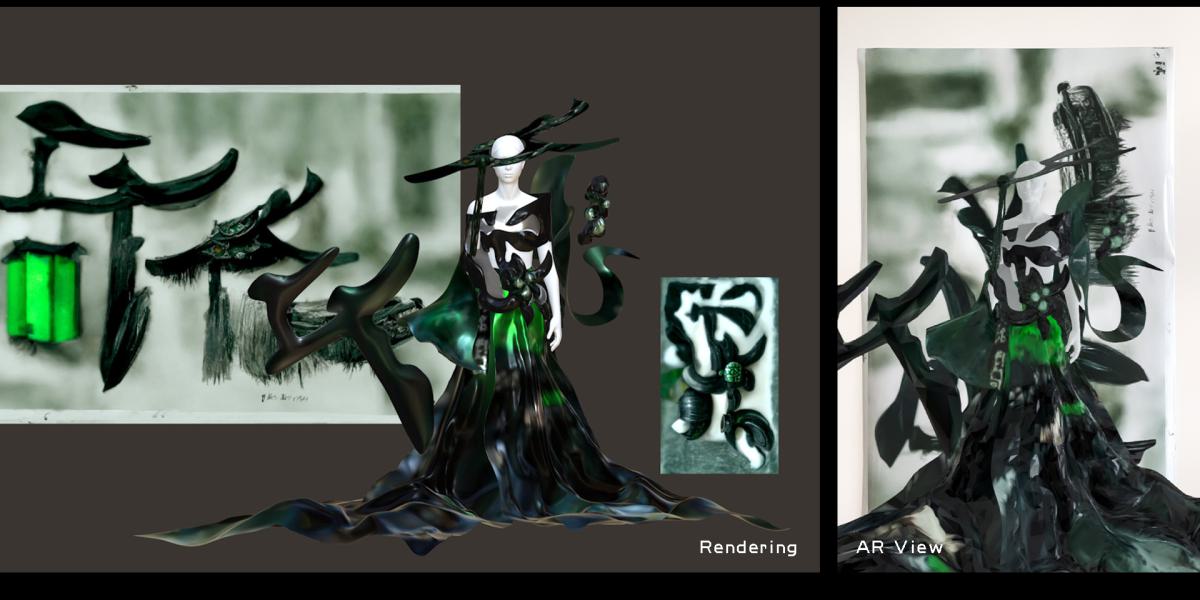 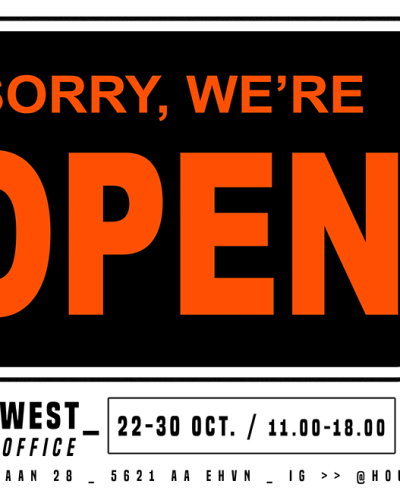 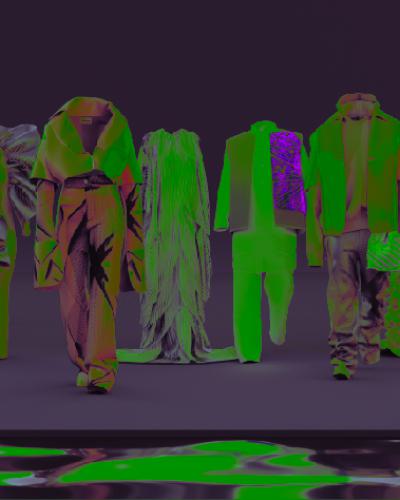 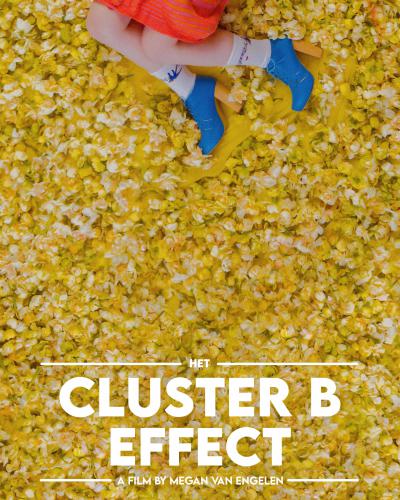 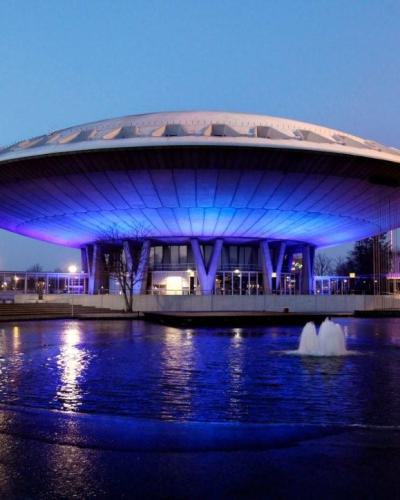 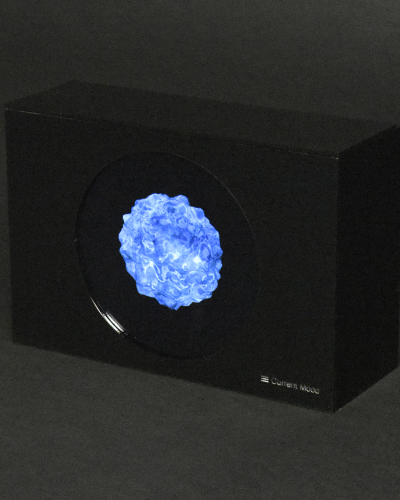