'KULISI' Folding screen 'Kulisi' is a co-production of Frida van der Poel and Mariëtte Wolbert. This innovative screen is suitable both at home and in the work environment, for example in the office. It is designed in such a way that it can be placed anywhere independently. It works as a room divider. Visually and acoustically, it makes rooms small, comfortable and intimate. It creates tranquility.
SPECIAL FEATURE:
Wool felt is used in a double layer in the KULISI folding screen. Special laser technique creates a structure in a semi-transparent pattern. A two-sided backstage effect is created. Wool felt is fire-resistant, moisture-regulating and sound-absorbing.
LOCAL PRODUCTION:
The frame of the folding screen, designed by Frida, is made of silver maple. These trees were donated to the city of Leiden by Canada after the Second World War. In 2011, this reconstruction wood was felled and the trees were cut on the wind in the Leiden wood sawmill 'de Heesterboom'. And in the workshop, the wood is processed into a furniture object. The textile felt is also produced in the Netherlands. Of course, different combinations in felt structures, color and wood type are possible on request

The NOVÝ SKOK, side table, which can also be used as a stool, is a collaboration between Frida van der Poel and Bastiaan Luijk.
The innovative strength of this design is a combination of traditional craftsmanship and mastery of digital design and production techniques (by Bastiaan Luijk).

Special feature:
The starting point is the shape of the well-known 3-leg: SKOK. Originally designed in 1994 by Frida van der Poel. The base is made of recycled wenge wood. A new detail has been added to the recognizable shape.
The shape and pattern of the top surface are 3D modeled using mathematical algorithms. The result is a fine-mesh pattern inspired by a pattern from nature: 'spiral phyllotaxis'.
The seat is 3D printed from a very strong and durable matt black material: a MIX of renewable raw materials PLA (Polylactic acid) and the wood dust lignin.

STUDIO BL - Bastiaan Luijk has been creating designs since 2019 using algorithmic design and digital production methods such as 3D printing. He often bases concepts on shapes and patterns with natural or harmonious properties. The work is both functional and decorative: between art, technology and design.

FURNITURE OBJECTS from the workshop, Frida van der Poel. Including a TELGANG, an OVIVAT and a KNYFAL

Frida van der Poel is a independent furniture designer/maker and visual artist
graduated from the Furniture College in Amsterdam and mainly works with wood.
Her workshop focuses on interior projects and furniture products, the sketch designs combine sculpture with functionality.
Important elements are perspective and plasticity.
Solidity and playfulness (function and drama) combine in the furniture object.

Inspiration:
“if the design is based on art, it automatically becomes useful”, is a quote from the Czech Cubist: Pavel Janák from 1910.
Cubism flourished in the 10's of the 20th century with its multifacetedness and a simultaneity of visibly different sides. She opens the attack on central perspective orthogonality and creates movement and interaction. A dynamic is created between empty and filled space, structure comes into motion and the viewer experiences different points of view at the same time.

Since 1991 Frida van der Poel has been an active member of the artists' initiative Galerie Zône for applied art in Leiden.
She also works on commission.
Many furniture objects have now found their way around the world.

Frida van der Poel is an independent furniture designermaker and visual artist
graduated from the Furniture College in Amsterdam in 1991.
Her workshop focuses on interior projects and furniture objects, the sketch designs combine sculpture with functionality.
Important elements are perspective and plasticity.
Solidity and playfulness (function and drama) combine in the product.
Since 1991 she has been part of the artists' initiative Galerie Zône in Leiden.
+31623019971 fvdpoel@kpnmail.nl www.fridavanderpoel.nl 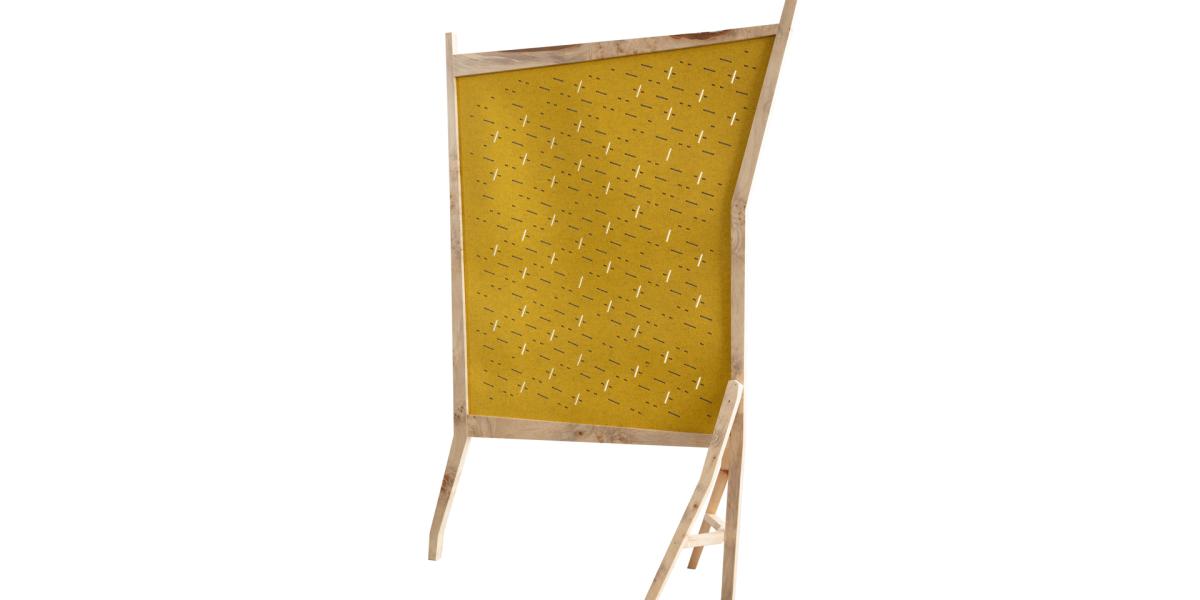 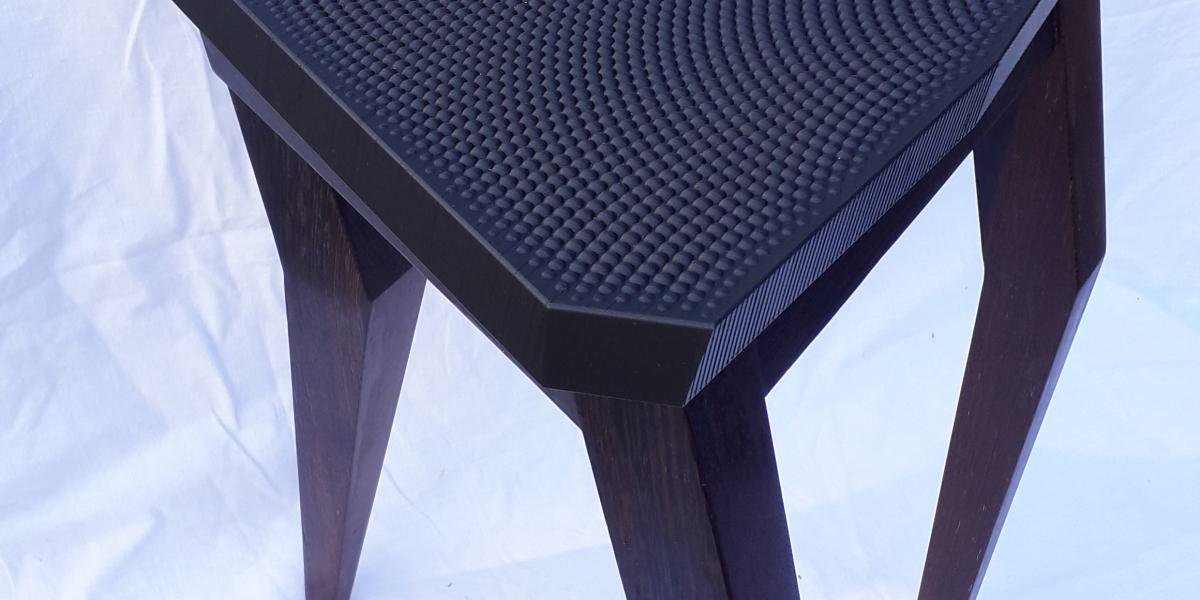 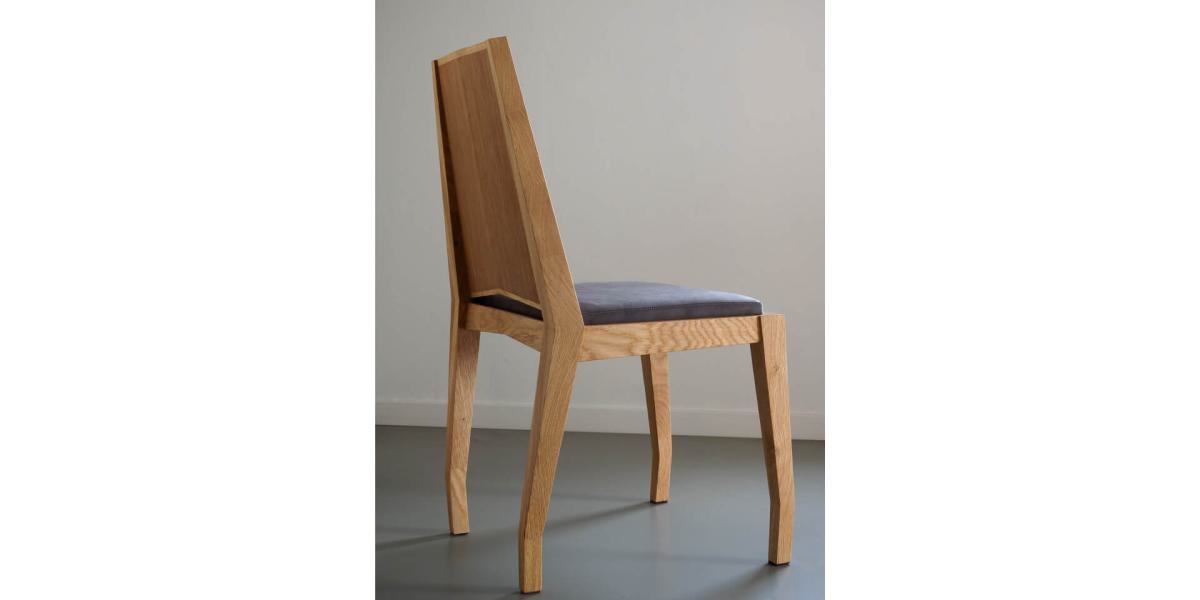 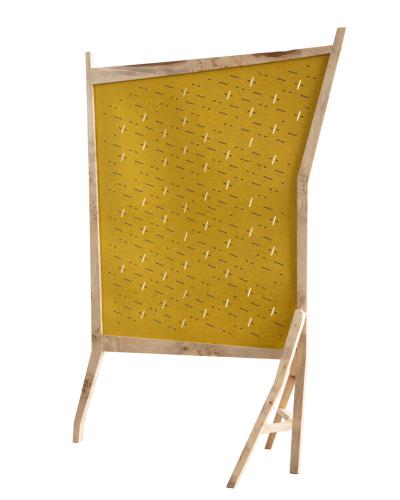 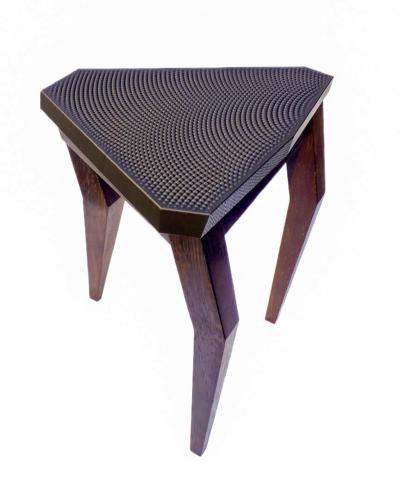 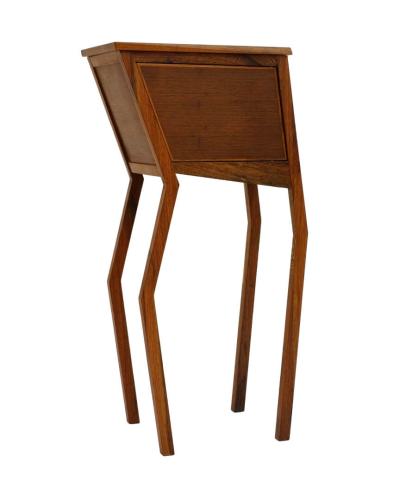