Challenging the status quo with new ways of building About life, not mobility
We all know what it’s like to feel safe, but how do you put that into words? Is it cycling to work and arriving in one piece? Or feeling secure when you walk home alone late at night? Or is it simply leading the life you want to lead without fear of any legal or political repercussions?

In the Embassy of Safety the Association of Dutch Municipalities, the Undermining Taskforce, the Dutch National Police, Taskforce-RIEC Brabant-Zeeland and Dutch Design Foundation look at how designers can contribute to current safety issues, by concentrating on research and experimentation.

Is safety a right?

We primarily try to create a safe society through policies, laws, rules and protocols. We think of safety as a right. A right that we can claim from companies and executive government bodies, where a strict division of tasks and hierarchical structures applies. We use models based on analyses of objectively measured figures. And in order to guarantee our right to safety in the future, we tend to think in terms of technological applications that generate data and make choices based on algorithms. But is that all there is? In this systematic world of security, we seem to have lost sight of the human factor.

Hans Boutellier, professor in security and resilience and scientific director of the Verwey-Jonker Institute, an NGO that researches societal issues, is THE expert on safety in The Netherlands. He has been called in by the Embassy of Safety this year to weigh in on how we need to think about it going forward. Because when we feel safe, we tend not to do that.

So, is safety a right? Hans: “That’s a very complicated question because what is safety in the end? When are you safe? It’s actually a concept with no end. So what we mostly choose is we let our feelings decide on if we feel safe, but it’s hard to define when it’s really safe. Which is an important thing because the issue can easily be used and misused for political reasons.”

Hans has noticed that the traditional kind of crime – burglary or car theft and all these kinds of crimes – are actually reduced. “But at the same time, three quite new security issues have come up right now. The first is social tensions, polarization and so on. The second one is cybercrime. The third one is organized crime. And if you’re talking about organized crime then it’s all about the drug industry.”

When it comes to safety, organized crime plays a huge role in undermining authorities’ ability to enforce the rule of law. And the problem is not only the crime itself, but that because it’s underground, it’s really difficult to know exactly what’s going on, and when things have become unsafe.

Hans: “We have the ports, a very good internet infrastructure, great roads and open borders: so there’s an infrastructure which is very good for trading. So also for drug trafficking and included also the production. On top of all that, we have a big moral ambiguity on the drug issue.”

In the Netherlands, it’s illegal to make or sell hard drugs like XTC, cocaine, or heroin, but it’s not illegal to use them. “So there’s really an odd situation: you’re forbidding something that you are allowing. It’s important because that’s why citizens think well, these drugs, what is the problem actually?”

Tabo Goudswaard is the curator of the Embassy of Safety, and he wants to showcase our changing relationship with it by using designers. “I think the added value of designers within this complex situation is in the fact that they are able to propose a new possible future. Designers like to start from realizing that everything we organized in society is based on agreements. And they fundamentally realize you can mold these agreements. They are fluid. You can create new systems and new relationships.Designers are trained to be creative, come up with new ideas and they can propose a new possible future.”

Hans thinks we need a societal debate on what to do with drugs.” We really don’t know. So let’s talk about that with policy makers, but also with people who organize these dance parties or who are taking or selling these drugs, people who are using this for medical reasons. At the moment the fact that we don’t know what to do with drugs paralyzes.”

One of the projects that will be on display at the Embassy of Safety during Dutch Design Week is called We’re Not Taking it Anymore. It’s meant to challenge our ambiguity and shed light on what’s behind that pill you might innocently decide to take at a party one night. And it was developed by the police. VR will bring the visitors right in the middle of a lab for synthetic drugs.  It takes a lot of the romance out of getting high, and brings the user a bit closer to what happens behind the scenes to create that pill.

It's your choice: a red pill or a blue pill

In the VR-lab, visitors have a choice between a red and a blue pill. Tabo: “If you choose the red pill, you choose for the truth, they show you their reality. And that’s a really confronting horrifying view of drug related crimes. It’s contributing to this cultural debate on what do we want with this element of our society. How can we work on these issues from a shared responsibility? You have a role within this chain of activities.

Citizens need to be more involved when it comes to safety. Hans: “It’s a precious thing. It’s important for people because they can’t live without safety. And at the same time, there’s always the opportunity for misusing the concept in trying to get conditions we don’t want.”

Tabo: “The main focus of the embassy is come up with new relationships between all the stakeholders and how can we work on a safe society together from a shared responsibility, from intrinsic motivation.”

What if safety matters...?

What If Lab has selected three projects that will be on stage in a pop-up What if Lab during Dutch Design Week 2019.

Tabo connected seven police officers with seven social designers, to see how they could make the human side of policing more visible. In Rotterdam, he developed a Social Design Police project, where Wilco, one of the seven neighbourhood police officers in the project, has been paired with Manon, a social designer who lives in the area. And what they did was really simple. They hung up a washing line with Wilco’s uniform near a bus stop, in a square with lots of pedestrian traffic. It was an odd sight, but one that drew passers-by into conversation. And that, says Manon, was the point.

“It actually changed my perspective in many ways. I saw what it means to wear a uniform, so how people look at you and talk to you in a different way, and that people actually want to do something when it comes to safety, while maybe in the beginning you think that the residents just want to call the police and let them deal with it, you see that they really want to help, they just need the tools.”

Not only did it change how residents viewed police officers, it also changed how Wilco approaches his work. “I think that the most important thing is that a police officer when he hears something he wants to react and solve the problem and now with social design it’s more like ok, take a good breath and listen to someone, and not thinking about the solution – solution comes later.”

Five mayors, together with a senior designer, have dared to tackle a wicked safety issue over the past few months. The aim is twofold: to look at a safety issue in the municipality from a ‘design’ perspective, and to deliver an initial result: possible future scenarios, a prototype, a new concept or approach. This is what the 5 wicked problems are about:

The World Design Embassies are a programme of the Dutch Design Foundation, and work year-round with partners and stakeholders to look at the role that design can play in the development of new perspectives and concrete solutions to the challenges we face as a society in a quickly-changing world.

The Embassies are also a part of Dutch Design Week, where the world comes to Eindhoven to discover innovation through the eyes of designers, design thinking and design skills. During Dutch Design Week, the Embassies take on a physical form – in exhibitions, lectures, discussions and workshops – so that ideas, expertise and insight can be shared, with experts but also with the general public. 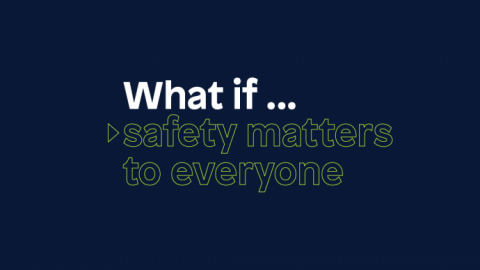 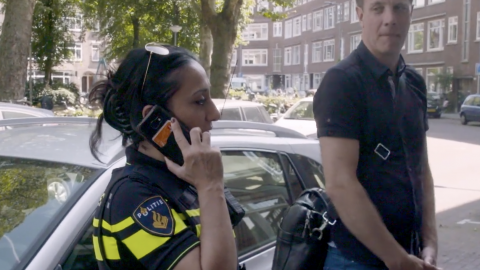 Challenging the status quo with new ways of building

by World Design Embassies on 22 October 2019

About life, not mobility

by World Design Embassies on 22 October 2019