Share on
Mediakit
This project is part of Het circulaire station

A train station should not defined by the physical appearance of it, but rather by the services it provides. In the concept of the natural train station, we try to reduce the impact of a train station as much as possible by replacing the conventional station layout by a natural one.

A train station should not defined by the physical appearance of it, but rather by the services it provides: It facilitates getting in and out of the train and the transit to other modalities, as well as places for waiting, encounters and consumption. The question we asked ourselves was: can a train station be facilitated in a natural parklike environment?
The goal we set ourselves was to design a landscape park where a train station could be hosted. Natural elements are put to use to create a pleasant atmosphere while at the same time enhancing the efficiency of the station. A variety of landscape elements shape the natural station and guide the traveller to the platforms. These natural element include: landscape morphology, creeks, gravel paths, and various types of vegetation. These vegetation types are: tolerant vegetation that invites for alternative use, imperative vegetation that form a barrier in the landscape and guiding vegetation for improved orientation and landmarks.
For the station furnishings we make use of local renewable materials such as rammed earth, musselgranulate and reed, as well as the reuse of existing train track materials for stairs and retaining walls. 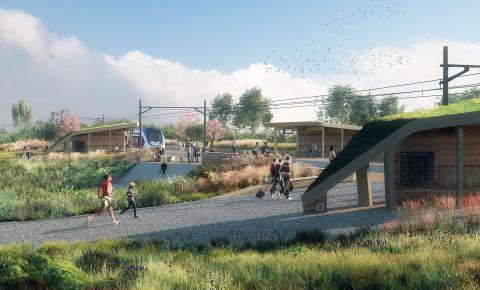 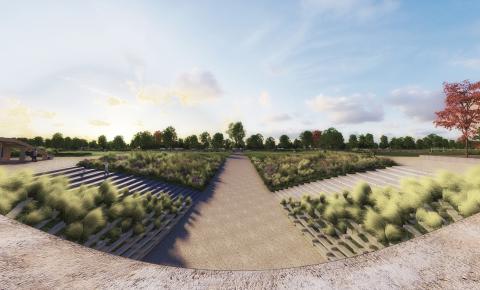 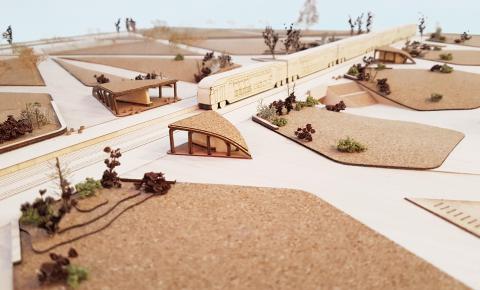 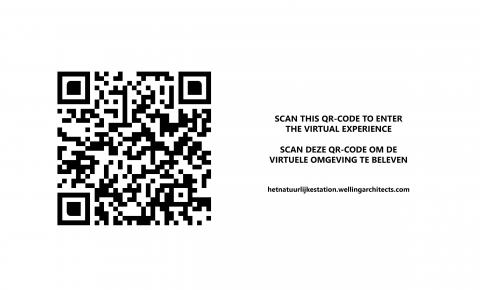 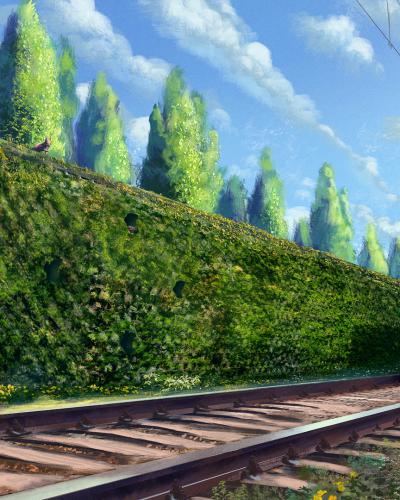 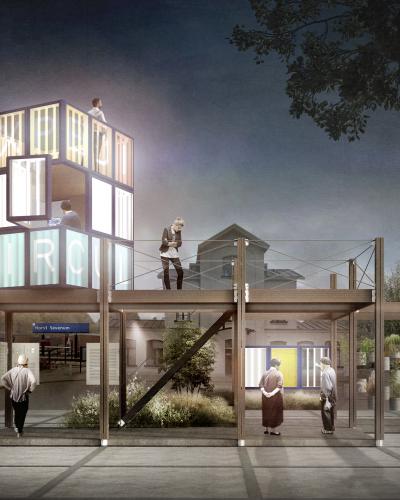 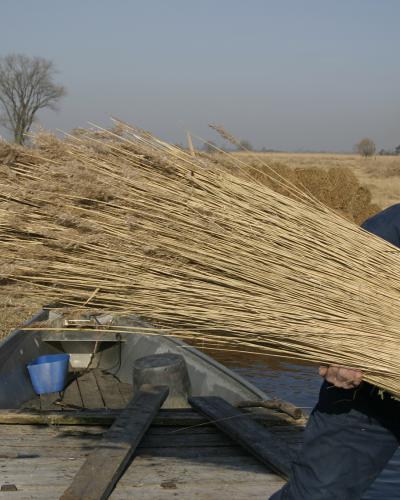