DDW20 DDW Trends DDW20 Trends
Share on
As early as 1926, Mart Stam showed it with his legless chair made from bent steel for the manufacturer Thonet. It was a pilot model for what the modern industry had in store. A hyper-functional chair with a futuristic looped shape. Just like Ray & Charles Eames with their throne for the 1950s' middle class – an oversized lounge chair that perfectly embodied leisure time, itself a novel concept. A more recent example is Dirk van der Kooij, who introduced a new kind of eco-tech with his chairs made of waste plastic and a robot arm converted into a 3D printer.

A designer must use his time consciously. Stam, Eames and Van der Kooij showed the way. Knowing what the new techniques are and knowing which form language best represents the zeitgeist. How we live together and how we work. Ultimately, there is no other object that serves so well as a sign of the times as... the chair! Now more than ever – because we are all at home more now than we would likely prefer to be – furniture plays an important role in our lives. It's not for nothing that housing markets and furniture districts are not experiencing a renaissance.

So, what are the chairs that are going to symbolise our era? Mathijs van Gageldonk's street benches, for example, a design that has been distinguished with the René Smeets Prize, a prize for the Design Academy Eindhoven graduate with the design that can be best implemented in practice. It's currently featured everywhere in parks, squares and car parks. So why not on train platforms, where we waste so much of our time standing? That is why Van Gageldonk transformed the benches on train platforms into slimmer devices. With a dumbbell at one end, the bench transforms into a pommel horse. The young designer was inspired by parkour, the urban sport where fences, streetlights and other obstacles in public spaces are used as devices. Users can even share new exercises with each other using a special app.

The Moving Bench by Hesther Melief and Tonny Aerts is also outdoors and for public use. It's coronavirus-proof street furniture that brings people in contact with each other but also allows them to maintain the one and a half metre distance. Fifteen colourful chairs are attached to a rail, and these can be moved back and forth, allowing you to create groups. For example, you can sit together as one household, while a little further down, it's all romantic couples sitting together. Or on your own with a book. Or friends keeping a healthy distance, but still close enough for an intimate conversation in the open.

Lieselot Vander Elst also felt inspired by the human need for intimacy and especially by the growing lack of intimacy. The Flemish designer assembles the ensemble Re-Connect, where the table no longer forms a barrier between people, but rather embraces them and brings them closer together. The looks like a graceful flower. An autonomous sculpture, even. But once you're seated, everything is focussed on connecting. Physical contact is nearly unavoidable - knees that bump, hands that happen to caress the other's eyes. Or very conscious, deep eye contact or footsies. Of course, the furniture is 100% recyclable, because it is completely made of aluminium.

Play is always a good way to elicit contact. Besides, don't we too often forget to give our inner child space? Rope 6M plays to both needs. Or really just the one need: playing together. These six-metre long ropes can be sold as playful seating objects to make meetings a little more informal or active – and therefore somewhat more inspiring. But it is nice in a house, of course, or better yet in your garden. In consultation with the designers, you can also make a rope together. A special woven installation has been developed for the product.

It's practically logical that there is also a chair with which we can enjoy nature – green is inescapable this Dutch Design Week. Sitting Tree is a simple construction – it's really just a standard Thonet chair by Mart Stam, but without the wooden seat and backrest – that can be attached to a tree using straps. You can also attach several of them to a tree so you can sit together; if you hang them above each other, you can climb them. Play, join, back to nature – a chair that does not use a hammer to capture the zeitgeist, but still sums it up nicely.

The opinion that a Western designer will say what's right is shaky. That might be a good thing, too. That is the starting point for the research project Cross-Cultural Chairs, for which an 8-month journey to the world's most populous countries was taken. What are all the different ways we sit? What rituals of coming together are associated with sitting? The answers to these questions determine how a chair looks. Where people prefer to squat in one culture, 'lying down' on cushions is the norm in another country. Normally on the ground or indeed in a carefully designed chair. So be sure to visit the Cross-Cultural Chairs exhibit in Onomatopee Projects.

A new generation of international designers

A sneak preview of the future of mobility

DDW Trend: The design of the future? Microdesign!

DDW Trends DDW20 DDW20 Trends
Deep Design. Uh? Never heard of it. Could well be. It is a new discipline. According to ‘deep designer’ Anne van Strien, this means “working from the premise that form follows consciousness instead of function". Forms follows consciousness – an interesting thought. To illustrate: in order to change our view on water issues, for example, we must first learn to listen. Van Strien therefore created the podcast series Listening to the voice of water. Hence Deep Design can be heard in the Embassy of Water. 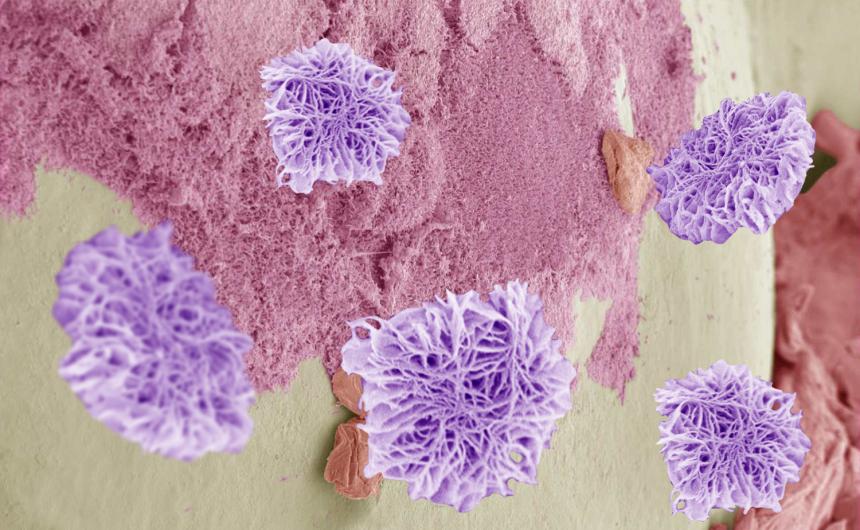 DDW Trends DDW20 DDW20 Trends
Data dominate our lives. So yes, data are, of course, inevitable at Dutch Design Week (DDW). Or to be more precise, the information we divulge with these data. Even though it is at times very convenient; for instance, when Google immediately understands what you're looking for on the DDW website. However, our lives are increasingly influenced by data in an invisible manner. And this influence is far more subtle and extends much further than pumping out fake news and conspiracy theories. 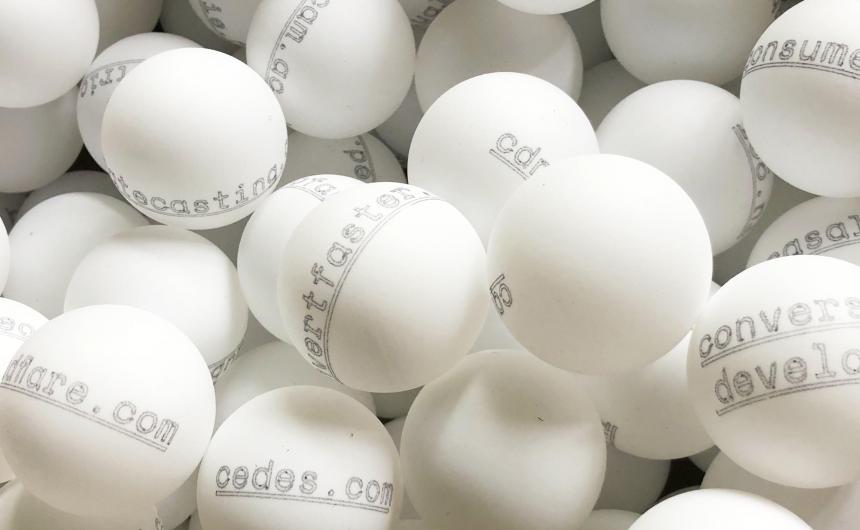 DDW Trends DDW20 DDW20 Trends
We live in a period of massive uncertainty, which in turn stirs feelings of upheaval and listlessness. Or even depression. The climate and Covid-19. Trump in power and the housing market collapsing. One demographic suffering immensely is the millenials. That seems to be something of a consensus among the final project exhibit at Design Academy Eindhoven, which contains various projects with an almost therapeutic impact. DDW20 DDW Trends DDW20 Trends
It is no longer possible to imagine contemporary design without material experiments. As in previous years, Dutch Design Week (DDW) offers an array of sustainable, innovative, surprising but also quirky and at times downright nonsensical projects with which designers experiment with materials. 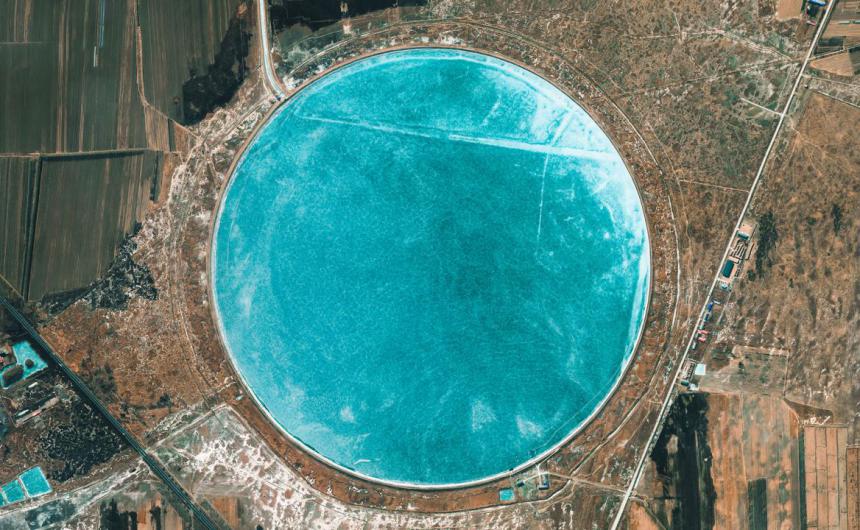 DDW Trend: Sitting on the Zeitgeist

DDW20 DDW Trends DDW20 Trends
As early as 1926, Mart Stam showed it with his legless chair made from bent steel for the manufacturer Thonet. It was a pilot model for what the modern industry had in store. A hyper-functional chair with a futuristic looped shape. Just like Ray & Charles Eames with their throne for the 1950s' middle class – an oversized lounge chair that perfectly embodied leisure time, itself a novel concept. A more recent example is Dirk van der Kooij, who introduced a new kind of eco-tech with his chairs made of waste plastic and a robot arm converted into a 3D printer. 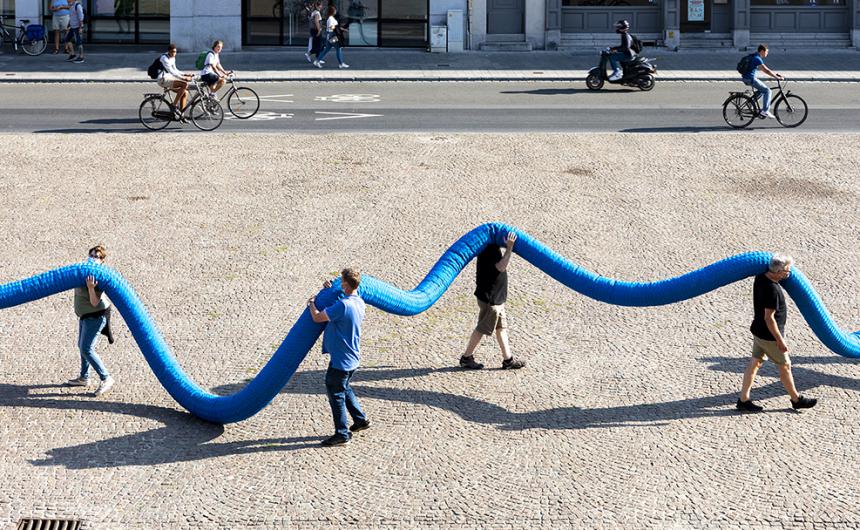 DDW20 DDW Trends DDW20 Trends
The Anthropocene Epoch is an unavoidable theme for designers. Man and earth are, after all, inextricably linked. On an ever increasing scale, the destructive attitude of man contrasts with caring nature. 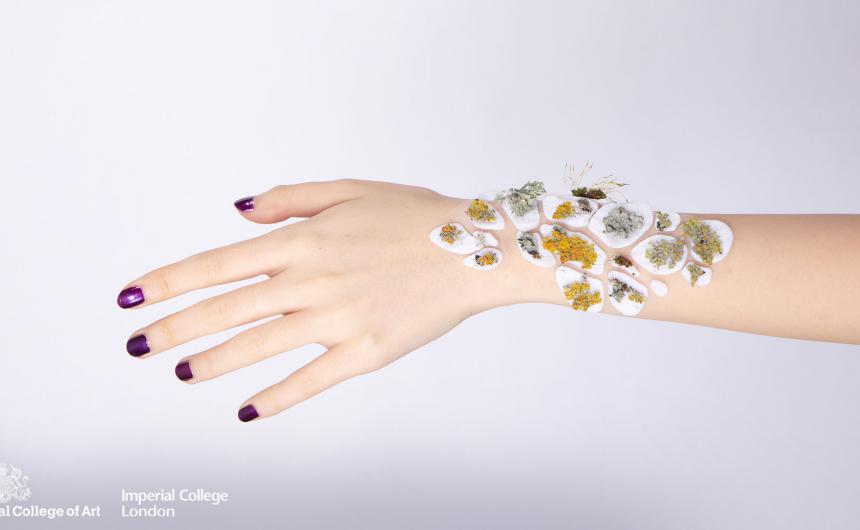